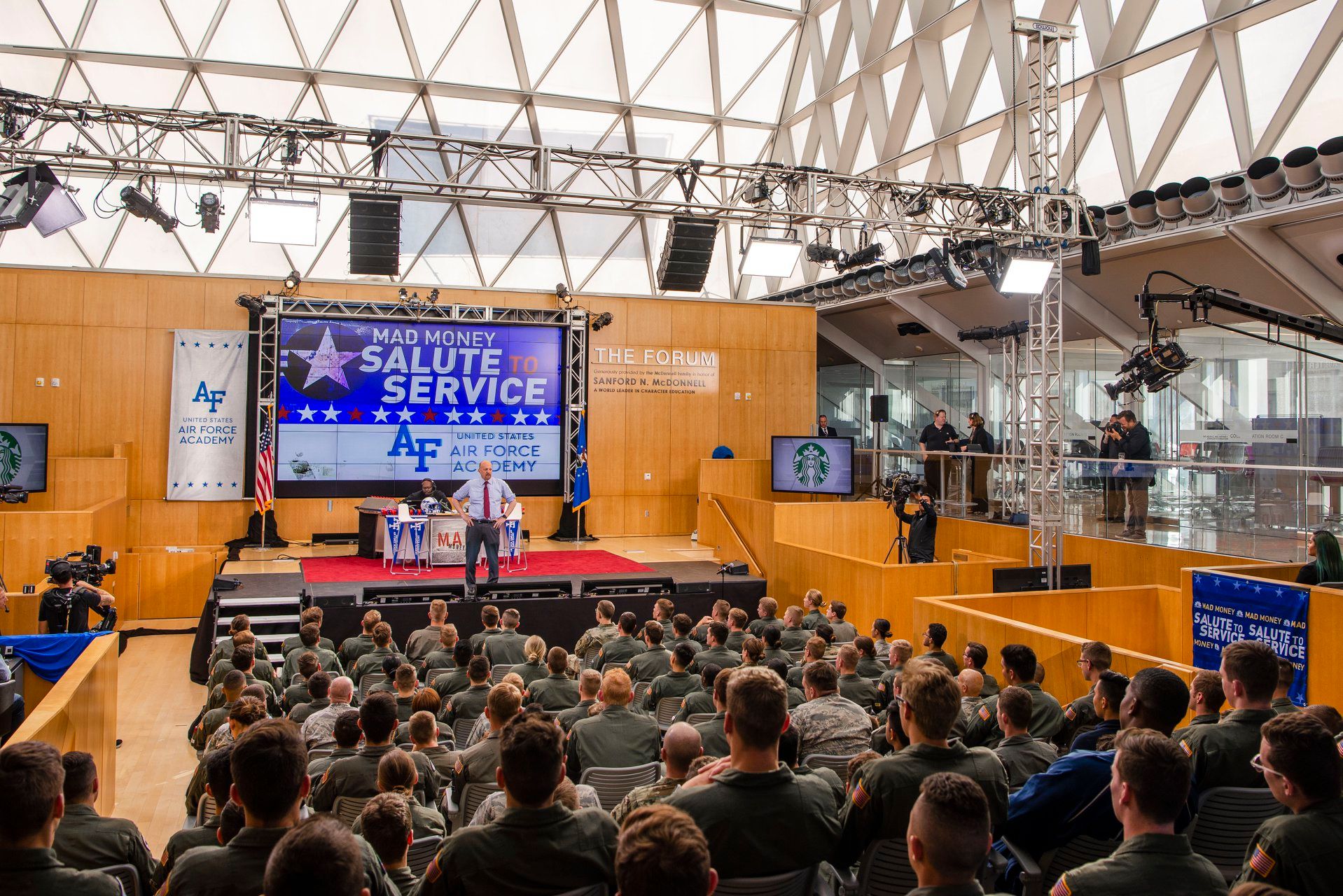 AAdynTech Lighting was featured on the set of CNBC's Mad Money, a popular TV program that sheds light on the confusing world of financial management.  Filmed at the  United States Air Force Academy for a special edition episode, the stage was lit with 8 JAB Quads with production support from High Output, Inc.

AAdynTech’s JAB Quad is the most powerful LED soft light in its class, consuming only 1,300 watts of power and outputting an amazing 120,000 lumens. The fixture, control box, and connecting cable are rated IP65; weatherproof under any condition.

With a CRI of over 92, the JAB Quad creates a beautiful, even field of light in Daylight, Tungsten, or a Variable version that adjusts anywhere from 2800 Kelvin to 6000 Kelvin. Additionally, it has the capability of adding green or magenta to match any other white light fixture.

There are various ways to control the Quad; AAdynTech’s User Interface Module, Wired DMX or Wireless DMX, making it very flexible for any kind of production.

Let's Make Something Great Together